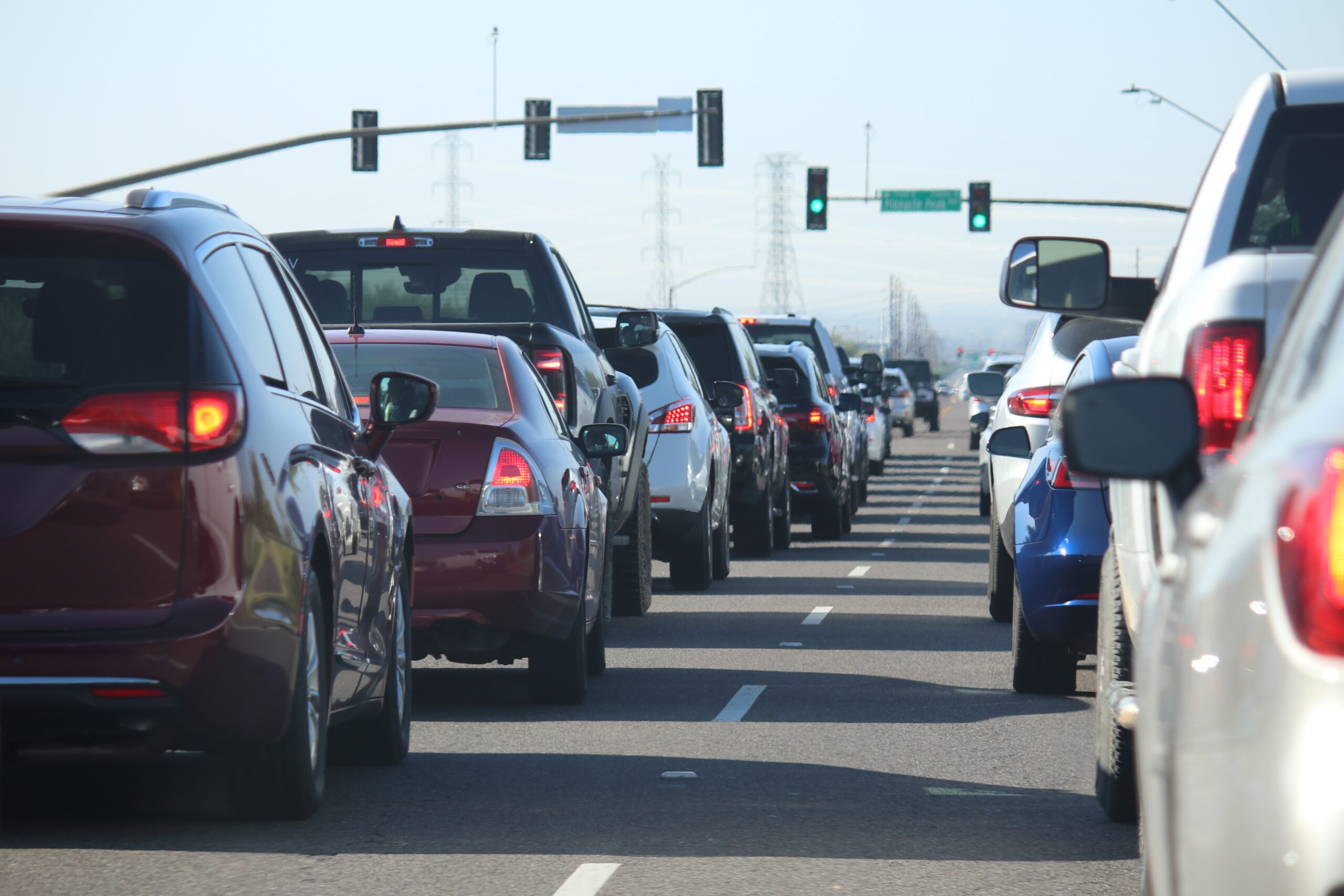 Applicable at the national, county, or project level, MOVES can model out to the year 2050 and support government agencies, nonprofit organizations, and private industry clients with a need to understand mobile vehicle emissions. MOVES does require inputs specific to local conditions. Air Sciences works to refine the inputs by working with local governments and transportation experts for data on vehicle engine distribution, speeds, age, classes, to name a few, or cooperating with researchers in the region.

One Air Sciences project involving MOVES spanned traffic patterns both before and after the unfolding of the COVID-19 pandemic. We examined how COVID-related changes in traffic volume and speed on US Highway 26 impacted fine particulate matter (PM2.5) emissions based on publicly available data from the Vista Ridge Tunnel in Portland, Oregon. Much like an aorta, this heavily traveled and often congested roadway exits the heart of the city, winding traffic up a steep hill towards the communities of Southwest Portland, Beaverton, and Hillsboro.

Tunnel traffic count data gained from the Portland State University PORTAL website helped refine the inputs. The local government agency (Metro) supplied Oregon-specific fuel supply/formulation (sulfur content, for example) and age distribution of vehicles in the tri-county area. From here, we could run MOVES to gather an estimate of emissions on this stretch of highway using the MOVES default information on average highway speeds. The faster a vehicle travels, the lower the emissions rate. 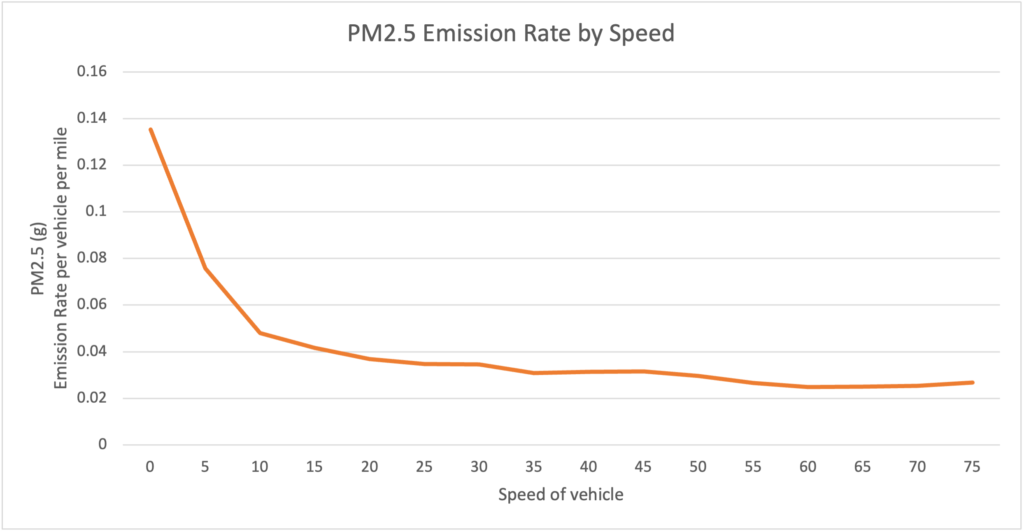 Average PM2.5 emission rate by speed per vehicle per mile traveled. This emission rate is a weighted average based on the average vehicle fleet mix of Multnomah County. Data source: MOVES2014b

So wouldn’t it make sense to actually know how often cars traveled at certain speeds? We determined just that by creating 5 mph “speed bins.” Running the model at this project-level scale lets us generate more accurate emission rates by speed bin. We couple these data with the hourly speed data (from PORTAL) to better understand what happens to emissions due to small-scale or large-scale impacts; in this case, the pandemic.  As expected, April of 2020 showed a dramatic difference in speed distribution compared to 2019. If we’d taken the common approach of using average annual speeds, the difference would have been minimal. Examining the hours per speed bin brings the emissions picture into sharper focus.

Looking at hourly average speeds on the highway rather than monthly averages allows us to get a more accurate estimate of emissions. Speed distribution varied more greatly in 2019 than 2020 (post-shutdown). Data source: PORTAL, Station 2DS068.

Not surprisingly traffic was down by 37% when comparing April 2019 to April 2020, vehicle speed had increased, and speeds were far less variable. Only by binning speeds by hour were we able to tease out differences in emissions, however. Using only average speeds (45.3 mph versus 60.7 mph), the plot above suggests that emission rates would be nearly identical. Other findings included:

Using MOVES at a project level, Air Sciences takes a granular approach. This attention to fine detail can help clients analyze on- and off-ramps, the effects of traffic signals, and impacts of acceleration, braking, and idling. Transitioning from a tailpipe snapshot to airshed impacts, data from MOVES can also flow into another EPA model — AERMOD, yet another model Air Sciences uses to support highway expansion clients needing atmospheric dispersion spatial modeling.

As the groundbreaking designer Charles Eames once stated: “The details are not the details. They make the design.”