For centuries, humans used mercury to extract gold or silver. Incredibly dangerous if inhaled directly, mercury also poses an environmental burden when it is released into the atmosphere or ends up in water. Mercury release can have natural (from volcanoes and forest fires) or man-made (anthropogenic) origins (power plants and manufacturing). One anthropogenic source linked to Air Sciences’ work is gold mining in Nevada.

While industrial-scale Nevada gold mines do not use mercury to extract gold, mercury is uniquely present in many gold ores in Nevada and is a byproduct of ore processing and refining. Safer than being released into the atmosphere, the volatilized mercury can be captured by air pollution control devices. Some control methods include cooling the exhaust to condense the mercury and adsorbing the mercury on activated carbon. The mercury is then collected in its liquid, elemental form or as mercury-loaded activated carbon and transported to mercury recyclers that are regulated by the EPA. 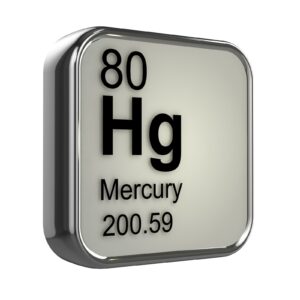 Under the oversight of the Nevada Division of Environmental Protection (NDEP), the Nevada Mercury Control Program (NMCP) regulates mercury emissions from Nevada goldmines. Hailing back to 2006, this state-level program and its regulations focus on potential for mercury emissions from thermal processing units, for example, roasters that use heat to oxidize the ore. At the core of this program is NvMACT, the Nevada-specific Maximum Achievable Control Technology. These add-on control technologies such as carbon beds and mercury scrubbers are mandated to help reduce mercury emissions. Any owner or operator of a thermal processing unit must have the respective air permits to operate.

Air Sciences has functioned as an industry-to-government interface throughout the NMCP development, helping implement the NvMACT analysis process for mercury control technologies. Air Sciences has also supported NDEP’s establishment of General Industry Standard controls and emission standards. A trusted source of expertise, Air Sciences has assisted with the permitting of 50+ thermal mercury units across Nevada under this rule.